Kraig and I spent this past weekend in Vermont because my friend organized a house rental for her birthday weekend. We went skiing at Okemo Mountain on Saturday and it was a lot of fun. I’ve only been skiing in New England, but this mountain seemed a lot bigger than other places I’ve been to in the past. 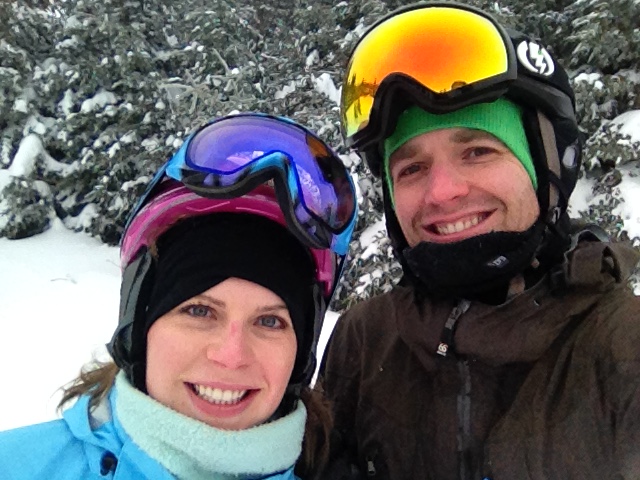 I have to admit that this is the most sore/bruised I’ve been after skiing in my entire life. I’ve only felt this way before when I tried snowboarding for the first time. Is it wrong to be daydreaming about spas, a warm yoga studio, and the beach when you’re skiing? Sometimes I don’t think I’m cut out for it, but I do it anyways because New England winters are so long.